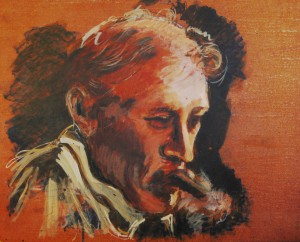 Synopsis:
El Canguro („The Kangaroo“) is the haunted tale of Roo, a poverty-stricken girl of 20, living in the rainforest of Tikal.  It is a jungle meditation on the tragic mental and societal cost of child trafficking, told from the point of view of this mixed-race young woman. Roo is at once surrounded by the magnificent pyramids of her Maya ancestors and the soda-can tiled shacks of her living Maya neighbors.  To her father, Roo is a source of new wealth:  she bears babies to sell into the lucrative adoption market. The proceeds are enough to build a true house for her father and brother – and enough to give Roo courage to challenge traditional society. Yet the year is ending; international laws are closing in. To capitalize quickly on the last of the big money, her father, Denis, has sold Roo’s unborn, third child, three times over.  The effort is already too late:  in the nighttime, unknown to him, Roo has miscarried.  A cat-and-mouse game ensues – Roo desperate to hide the grave and find another child to sell. Shadowing the family’s rain-drenched encounters is a dangerous, simmering war between the village and the vicious ruling gang.  When the slim rail fence of her newly-built home is breached by the gang, Roo and her small family face their final option and epiphany.

„Pillars of Stone“, performed by Lillian Lee and Megan Gillespie at the AT&T Center Theater in Los Angeles, 2011, sponsored by KUSC and Pepperdine University, presented by California International Theatre Festival.